The appellate hearing in the case against Mladen Naletilic Tuta and Vinko Martinovic Stela started today and will last two days. The Trial Chamber sentenced them to 20 and 18 years in prison respectively for the persecution of Bosniaks in Mostar and its environs in 1993. Both Tuta and Stela appealed the sentence, as did the prosecution 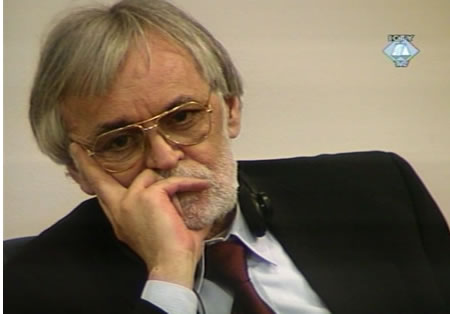 The first of the two days of appellate hearings started this morning. Mladen Naletilic Tuta and Vinko Martinovic Stela were sentenced by the Trial Chamber to 20 and 18 years in prison respectively for the persecution of Bosniaks in Mostar and its environs in 1993. Both accused appealed the sentence. So did the prosecution, unhappy with the finding of the Trial Chamber that there is not enough evidence to conclude that the crimes Tuta and Stela were charged with were committed on racial, political or religious grounds.

The hearing was opened by the defense counsel for Mladen Naletilic. Their appeal lists as many as 40 grounds. The defense primarily challenges the conclusions in the first-instance judgment finding Naletilic guilty on the basis of his command responsibility. While they do not deny that Tuta was "an influential man, who founded the Convicts' Battalion and was for a time its lifeblood," the defense nevertheless contests the claim that at the time when the crimes were committed in Mostar he was the "operational commander" of the unit. For this reason, the defense claims he did not know and indeed he did not have reason to know about the crimes committed by individual members of the unit. According to the principle of command responsibility, it would be his duty to prevent or punish them.

In response to the arguments of Naletilic's defense counsel, the prosecutors contended today that enough evidence had been presented to lead to the conclusion that the accused had been a "true and effective commander of the Convicts' Battalion" and had under his command "a large group of people he allowed to terrorize the prisoners and an entire ethnic community." The prosecution therefore believes that Naletilic received "an adequate punishment of 20 years" and seeks that the Appeals Chamber confirm the sentence.

Both of the accused were given 15 minutes to address the Appeals Chamber. Naletilic asked through his defense counsel to be given half an hour. He is expected to make his statement during the afternoon session.