At the seventh diplomatic seminar at the ICTY, Chief Prosecutor spoke about why she would not be going to Srebrenica and why the ten fugitives from international justice pose a threat to the successful implementation of the Tribunal's completion strategy 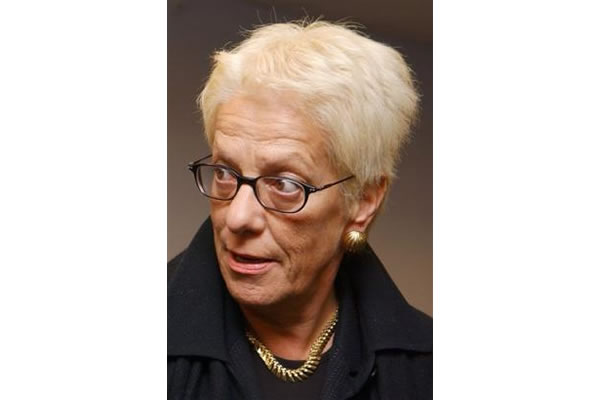 Carla Del Ponte
The authorities of Serbia and Montenegro, of the Republika Srpska entity, as well as NATO and EUFOR "must step up their efforts" to bring Radovan Karadzic and Ratko Mladic to justice, Carla del Ponte told the diplomats who gathered today at a seminar at the ICTY.

"I cannot face the [Srebrenica] victims when Karadzic and Mladic are still allowed to enjoy impunity, ten years after they were first indicted," Del Ponte said, explaining why she "cannot" take part in the ceremony to commemorate the Srebrenica massacre. "How can the international community justify this to the mothers, sisters, daughters of those killed in Srebrenica? I cannot. It's a disgrace and a shame."

At the seventh seminar for the representatives of the diplomatic missions in the Netherlands, Chief Prosecutor had other messages for the diplomats to bring back to their governments: that the Office of the Prosecutor is focused on meeting the deadline set by the UN for the completion of the ICTY's mission, but that the ten indictees who are still at large are the main obstacles to this process.

She estimates that the number of trials would not increase substantially and would thus not prolong the existence of the Tribunal were the 10 fugitives to arrive. Most of the accused would be tried in the group trials for which preparations have already been underway and a few could be referred to the State Court of BH. "Therefore only one additional trial would result from the arrival of all ten accused – the trial of Karadzic and Mladic," the prosecutor said.

At the beginning of her address to the diplomats, she showed the tape of the murder of the six Bosniaks that took place “in the dark week of July 1995” during the mass executions in Srebrenica (the video has been tendered into evidence at the trial of Slobodan Milosevic). "This tape had a tremendous public impact throughout the region, demonstrating th old adage that one picture is worth a thousand words," Del Ponte said.

At the end, as she insisted on the importance of the political support by the EU and USA, Del Ponte urged the diplomats to tell their governments they should also provide timely financial support to the Tribunal. "For the sake of the completion strategy, we cannot allow a recruitment freeze to happen again," such as the one her office suffered last year because of late payments by contributor countries, Del Ponte says.