Carla del Ponte warns the Security Council that Karadzic, Mladic, Gotovina and other fugitives are biding their time, waiting for the Tribunal to cease to exist. Four more indictments, with eleven more accused. "Full cooperation" by Croatia, while Serbia and Montenegro offers "almost no cooperation at all." It will be given a second chance, but in the absence of "a substantial number of transfers of fugitives" in the weeks to come, Del Ponte will conclude that Belgrade remains unwilling to abide by its international legal obligations. 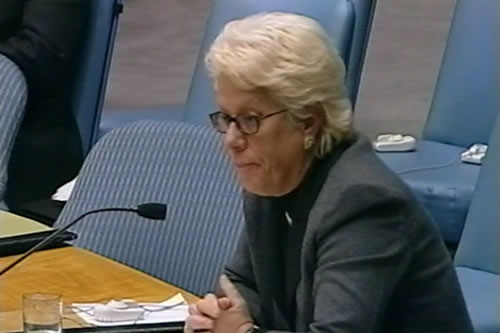 As she submitted her regular biannual report on the implementation of the Tribunal’s completion strategy, Del Ponte put special emphasis on the factors jeopardizing the strategy which are not controlled by the Tribunal and its Office of the Prosecutor. The key factor remains the refusal of competent authorities, primarily in Republika Srpska and in Serbia and Montenegro, to arrest or ensure the surrender of 20 fugitives from international justice.

An unintended consequence of the "completion strategy," as Del Ponte explained, is that the "protective networks" keeping fugitives such as Karadzic, Mladic and Gotovina safe are now trying to "buy time" until 2008--the deadline for the completion of all first-instance proceedings in The Hague. They are hoping that they will avoid having to face justice. That is why, in Del Ponte's opinion, it would be good for the Security Council to state clearly that the Tribunal will continue to exist "until the three fugitives mentioned in Resolutions 1503 and 1534" – Karadzic, Mladic and Gotovina – "are tried."

Del Ponte considers states’ full cooperation as the second most important factor for the successful completion of the Tribunal's mission. Unlike Croatia, which is at present "cooperating fully," authorities in Serbia and Montenegro, according to Del Ponte, have offered "almost no cooperation at all" since last December. In the meantime, it has become a "haven for the fugitives," including General Mladic.

Del Ponte claims that according to its most recent information, the fugitives believed to have been in Republika Srpska at one time have now moved to Serbia. But the Office of the Prosecutor is reluctant to share the information with the Serbian authorities, because it recently got burned. After The Hague gave Serbian authorities specific information about the whereabouts of a high-ranking VRS officer charged with the Srebrenica genocide, the authorities responded that it would not be opportune to arrest him for political reasons. Soon thereafter, Del Ponte claims, the accused disappeared again. Five VRS officers charged with the Srebrenica genocide are still at large: Ljubo Beara, Vinko Pandurevic, Ljubisa Borovcanin, Vujadin Popovic and Drago Nikolic.

Saying there has been no progress in other areas of cooperation, Del Ponte notes that in recent months authorities in Serbia and Montenegro have given waivers to several witnesses, releasing them from their obligation to keep state secrets. These, however, were defense witnesses. At the same time, Del Ponte says, there is as yet no response from Belgrade regarding more than 50 requests to issue such waivers to potential prosecution witnesses.

Del Ponte has in a way given Belgrade a second chance. Noting that several high-ranking Serbian officials have indicated that cooperation will be renewed after the presidential elections, Del Ponte says that, "in the absence of a significant number of transfers of fugitives" in the weeks to come, she will be forced to conclude that Serbia and Montenegro "continues to be unwilling to abide by its international legal obligations." 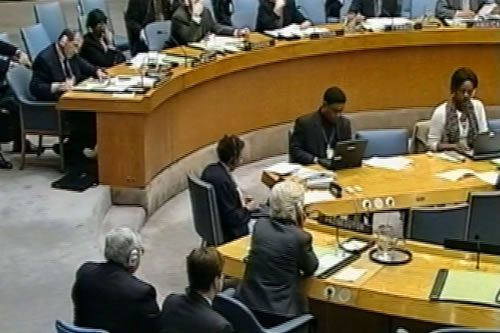