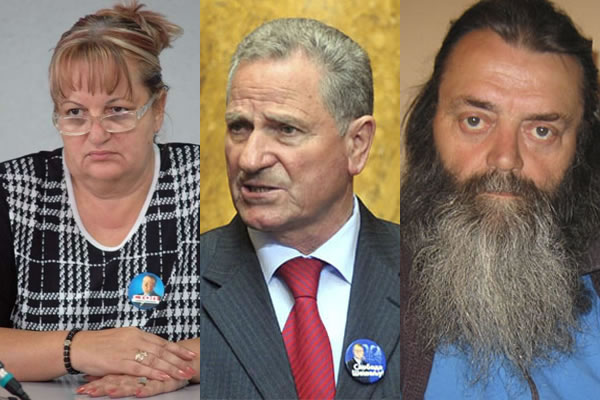 Prompted by the fact that the Serbian authorities have yet to execute the warrants for the arrest of Petar Jojic, Jovo Ostojic and Vjerica Radeta, the Trial Chamber directed the Tribunal’s Registry to ask Interpol to issue a ‘red notice’ for the three Serbian Radical Party officials. Jojic, Ostojic and Radeta face contempt of court charges.

The arrest warrants were issued in January 2015 after Jojic, Ostojic and Radeta were charged with threatening, intimidating, offering bribes to, or otherwise tampering with two witnesses in the case against Vojislav Seselj. They thus interfered with the administration of justice, the indictment alleged.

In early 2016 the Trial Chamber ordered Serbia to submit reports, first once a month and then twice monthly, on what – if anything at all – it had done to comply with the warrants for the arrest of the three Serbian Radicals. Serbia filed its last report on 18 May 2016 and has kept silent ever since. That was despite the fact that the Trial Chamber reminded the authorities in Belgrade of their obligation in early August 2016 and ordered them explicitly to comply with their obligation pursuant to Article 29 of the ICTY Statute. After that, on 14 September 2016 the Tribunal issued international warrants for the arrest of the three Radicals, to no avail.

Directing the Registry to ask Interpol to issue a ‘red notice’ for the indicted Radicals, the Trial Chamber expressed its hope that Interpol’s support may prevent any further obstructions of the course of justice.