Given the fact that Goran Hadzic’s trial is unlikely to continue both because Hadzic’s illness is in an advanced stage and because the Trial Chamber’s decisions have ‘irreparably compromised the trial’, the prosecution has called for a formal termination of the case 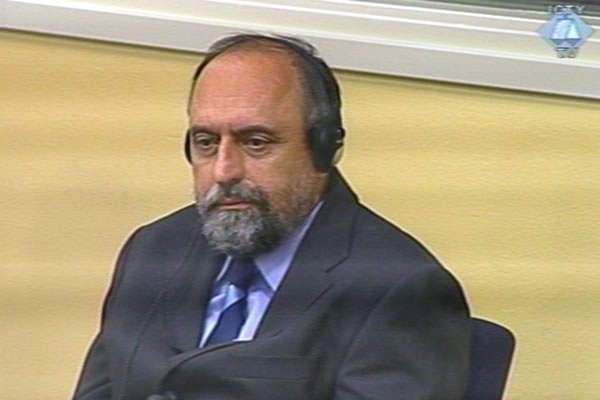 Chief prosecutor Serge Brammertz has signed a request to formally terminate the case against Goran Hadzic, former prime minister of the SAO Eastern Slavonia and president of the self-proclaimed Republic of Serbian Krajina. In Brammertz’s view, there are no ‘real prospects’ that ‘the requirements for the trial to continue will ever be fulfilled’.

Despite Hadzic’s advanced illness and the Appeals Chamber’s clear instructions to ‘continue or terminate’ the trial, the Trial Chamber has decided to suspend the proceedings for the time being, the motion notes. At the same time, Hadzic was granted permission to contact defense witnesses who have not yet given evidence. This decision has ‘compromised the trial’, the prosecution notes.

As the prosecution states in the motion, the decisions clearly imply that the Trial Chamber has given up hope that the trial would ever continue and has opted for a ‘de facto’ termination of the proceedings. As the trial is realistically unlikely to continue and as it is impossible to reestablish the integrity of the proceedings, the prosecution concludes that there is no legitimate purpose for the decision to suspend the trial until further notice to remain in force. According to the prosecution, the only solution is to formally terminate the case against Hadzic.

The prosecution rested its case in October 2013. In October 2014 the trial was suspended mere months before the defense was expected to rest its case. Diagnosed with an incurable brain tumor, Hadzic refused to allow the trial to continue in his absence.