SARAJEVO CONFERENCE: ODE TO TRIBUNAL OR REQUIEM FOR JUSTICE?

The conference in Sarajevo to mark the 20th anniversary of the International Criminal Tribunal for the former Yugoslavia was marked by President Theodor Meron’s effort to glorify the Tribunal’s achievements and by the protests and criticism, directed less at the Tribunal itself and more to its President. His recent changes of course over the last two years ‘have endangered the credibility’ of the Tribunal, some participants have said 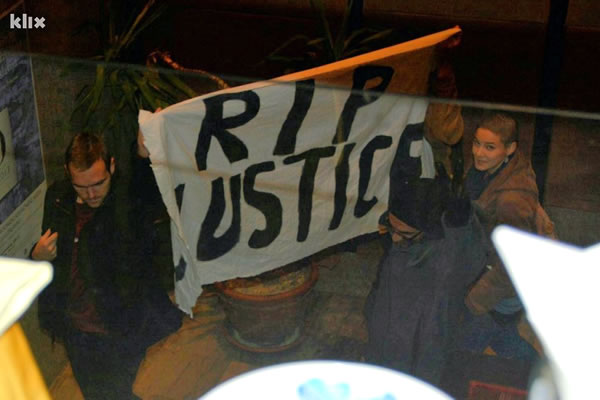 Envisaged as an ‘ode to the Tribunal’ the conference to mark its 20th anniversary opened with a sort of a ‘requiem for justice’. At the beginning of President Meron’s keynote speech, a group of young people stood up and unfurled a white placard with the words ‘RIP justice’. The group then left the conference hall.

In the words of Edvin Cudic, one of the youths from the group, this wasn’t a gesture against the Tribunal but rather an expression of dissatisfaction with the work of its President. Judge Meron, Cudic said on behalf of his fellowactivists, ‘has endangered the credibility of the Tribunal in The Hague and thus showed the world that justice hasn’t been served. In public, he presents a story which runs counter to the actual events in the territory of the former Yugoslavia in the period from 1991 to 1995’. Their demonstration was prompted by the judgments of Jovica Stanisic, Franko Simatovic, Momcilo Perisic, and of Mladen Markac and Ante Gotovina, Cudic said.

The representatives of the victims’ associations, mostly the families of the victims of the Srebrenica genocide expressed their discontent with Meron turning their backs on him in protest while Meron spoke about the Tribunal’s achievements in the past 20 years.

‘How dare he speak to us and look the victims in the eye, it’s rubbing salt in our wounds. We didn’t expect our children to return but we did expect justice. A person who was a Holocaust victim himself has sided with the criminals, and is letting them walk free. This should concern the future more than the past. This was needed for the children, for the young people, for the generations to come,’ Hatidza Mehmedovic, president of the Association of the Mothers of Srebrenica, told SENSE agency. Mehmedovic recalled that the Tribunal’s President had a chance to redeem himself and decide whether he would be pilloried or honored.

As the victims protested, Meron continued speaking about what the Tribunal accomplished as if nothing untoward had happened. He did not comment on the words of Bakir Izetbegovic, a member of the BH Presidency. He had said earlier that in his view there were two Tribunals. One of them made people have hope in justice and has done many good things. The other one acted under the pressure of various international players and the pressure to finish its work as soon as possible and has set warlords free, Izetbegovic said.

In Meron’s opinion, the Tribunal has surpassed all expectations because it has faith in the ideal of justice. The Tribunal has shown it was possible to prosecute top military and political officials, and its work blazed the trail into a new age of responsibility in the world, Meron said. In a reference to the victims’ questions about the acquittal of Stanisic and Simatovic, Meron recalled that these judgments were under appeal. The Tribunal’s work is not yet over, Meron said asking the victims to be patient.

Natasa Kandic, coordinator of the REKOM initiative, thinks that the Tribunal’s new standards and some of its decisions have called into question the facts that related to the so-called ‘state responsibility’. This leads to a relativization of responsibility.

‘Some offences that were prosecuted before the Tribunal in The Hague did shed light on what we needed to see: the responsibility of the states. The trials of generals based on their command responsibility for joint criminal enterprises shed enough light on the responsibility of the states, although we do know that the Tribunal is a court charged with establishing individual criminal responsibility. The Tribunal doesn’t put states, nations or communities on trial. However, all of a sudden new standards have been put in place that have slowly eroded all that good work and as a result, the terrors from our past have been whittled down to a handful of persons who actually committed crimes, and some of them come from a criminal elements of the society’.

Although he was not on the original speakers’ list, Zoran Pusic, head of the Civic Committee for Human Rights from Zagreb said in his speech that for years the organization had been maligned because of its support for the Tribunal in The Hague. Their committee has often been attacked because of its purported ‘unpatriotic actions’, Pusic said, and after all this suffering, they had to watch the Tribunal, 20 years after its inception, render judgments that ‘would be a disgrace even for the smallest provincial court’, as the accused were acquitted or saw their prison sentences cut short. In a reference to the question of impunity stemming from the trials before this court, Pusic used Operation Storm as a case in point.

‘No one has been convicted for over 600 civilian victims, more than 20,000 torched houses and 150,000 refugees in Operation Storm, neither in The Hague nor in Croatia’.

Kathryine Bomberger, the director-general of the International Commission on Missing Persons, said that out of about 40,000 persons who had gone missing in the territory under the Tribunal’s jurisdiction, approximately 70 percent have been located. This is a major, important process, Bomberger stressed, because it is not only about finding the missing persons. It is crucial to establish the circumstances of their disappearance. Bomberger concluded that finding a missing victim wasn’t the key issue: ‘families of the missing persons don’t want to know the identity of the missing persons, they also seek justice’. 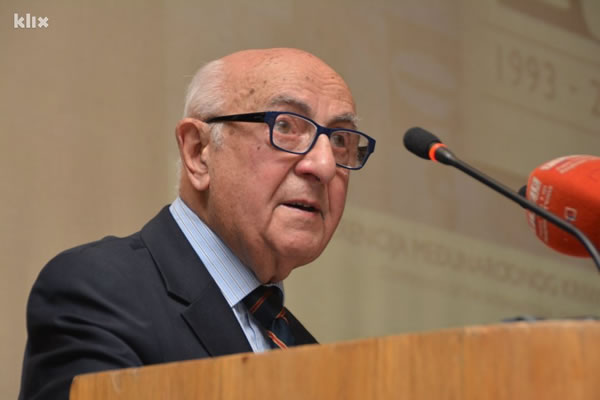