With a majority of votes, the judges granted the motion filed by the Serbian Radicals’ leader to disqualify the Danish whistle-blowing judge. Will there be a judgment in the Seselj case? 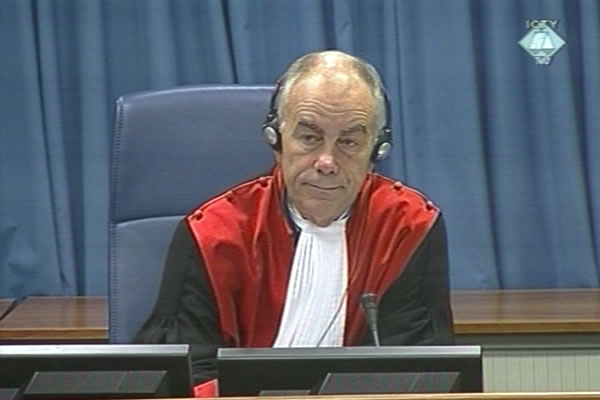 A panel of three judges decided with a majority of votes to grant Vojislav Seselj’s motion for the disqualification of Judge Frederik Harhoff, finding that in his letter to his friends, made public in June, the Danish judge did indeed show an appearance of bias in favor of a conviction of persons accused of war crimes. Judges Bakone Moloto and Burton Hall voted for this decision, while Judge Liu Daqun dissented. Interestingly enough, the dissenting opinion appended to the decision follows the pattern of recent Tribunal’s judgments (Gotovina, Perisic, Stanisic and Simatovic): the dissenting opinion once again contains a more detailed statement of reasons than the majority decision.

The majority decided that Judge Harhoff’s sentence, ‘Right up until autumn 2012, it has been a more or less set practice at the court that military commanders were held responsible for war crimes that their subordinates committed’, shows his bias in favor of a conviction of the accused. The judges criticized their Danish colleague for failing to add that this practice was based on ‘an evaluation of evidence in each individual case’. The majority has also found that when Harhoff highlighted ‘the professional and moral dilemmas’ he is facing because of the new course the Tribunal has taken, he in effect admitted he would find it difficult to apply the recent jurisprudence, which appears to have veered away from the ‘set practice’ to consider military commanders responsible for the crimes of their subordinates.

Although Judge Liu Daqun also considers Harhoff’s letter to be ‘undoubtedly improper in various respects for a judge in his position’, containing ‘an inarticulate critique’ which is based on ‘unsubstantiated speculations and insinuations’, he does not share the position taken by the majority about Harhoff’s alleged bias. The Chinese judge has criticized his colleagues for substantially lowering the standard of proof. The majority has thus for all intents and purposes departed from the well-establish practice requiring the party seeking a judge’s disqualification to present sufficient and reliable evidence of the judge’s bias; the existence of a reasonable assumption of a bias must be ‘firmly established’. The ‘cursory approach’taken by the majority has made it impossible for them to ‘contextualize’ properly the views presented by Judge Harhoff in an informal letter he sent to his close friends, and to take into account all the ‘relevant circumstances’ including his experience as a judge at the Tribunal and a law professor. All things considered, Judge Liu finds the conclusion reached by the majority on Harhoff’s alleged bias unfounded.

According to the Tribunal’s Rules, if the panel grants the motion to disqualify a judge, the President must appoint a new judge. It remains to be seen if in Vojislav Seselj’s case this means a new trial or if his case will be declared closed without a judgment, which means that the accused will walk, and Judge Harhoff will be responsible for it.