ARGUMENTS FOR AND AGAINST THE REVIEW OF SLJIVANCANIN’S JUDGMENT

Prosecution military expert Reynaud Theunens was questioned today at the hearing on the review of Veselin Sljivancanin’s judgment. Theunens contends that under the doctrine of the former Yugoslav armed forces, Mile Mrksic had to have informed his chief of security that the military police had withdrawn from the hangar at the Ovcara farm. ‘Mrksic didn’t tell me anything’, maintains Sljivancanin 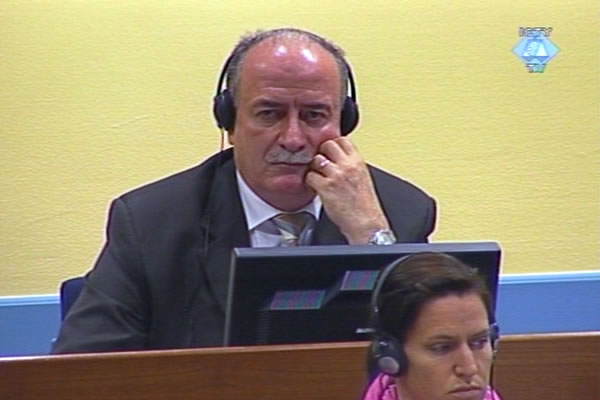 A hearing on the review of the appellate judgment of Veselin Sljivancanin was held today at the Tribunal. The Appeals Chamber sentenced the former chief of security in the JNA Guards Brigade to 17 years in prison for aiding and abetting the murder of prisoners of war at the Ovcara farm near Vukovar on 20 November 1991.

In May 2009, the Appeals Chamber revised the Trial Chamber judgment sentencing Sljivancanin to five years for aiding and abetting torture of prisoners of war at the Ovcara farm. The judges of the Appeals Chamber found that Mile Mrksic, commander of the Guards Brigade, ‘had to have told Sljivancanin that he had withdrawn the military police from the hangar at the Ovcara farm’, thus leaving the prisoners of war at the mercy of the Territorial Defense soldiers who executed them during the night.

In the meantime, the Appeals Chamber accepted as ‘a new fact’, i.e., a fact not known at the time when the judgment was delivered, the evidence of Miodrag Panic, former chief of staff in the Guards Brigade. On 20 November 1991, Panic was at the command post of the Guards Brigade together with Mrksic and Sljivancanin. In his evidence, Panic claimed that he ‘didn’t hear’ Mrksic tell Sljivancanin that the military police had withdrawn from Ovcara. Panic also claimed he didn’t hear about any such orders in the following days, until his return to Belgrade.

In an effort to contest Panic’s evidence, the prosecution called today its military expert Reynaud Theunens. Analyzing the doctrine of the former Yugoslav armed forces, Theunens found that it was based on principles on unity of command and control, singleness of command and knowledge of the situation in the field. Theunens claims that according to those principles, the commander of the Guards Brigade had to have informed his chief of security about the withdrawal of the military police because the former had previously ordered the latter to evacuate the Vukovar hospital and to take care of prisoners of war.

In the cross-examination, defense counsel Stephane Bourgon put it to the witness that Sljivancanin was ‘the last person Mrksic would inform that the military police had withdrawn and that a crime had been committed’, because Sljivancanin, as the chief of security, could have launched an investigation into that at any time, Bourgon argued.

In the final argument, the prosecutor insisted that Panic’s evidence ‘should not be given any weight’ because he was trying to ‘protect himself, his unit and Sljivancanin’. Panic was the chief of staff and deputy commander of the Guards Brigade, prosecutor Helen Brady noted, and it was ‘unthinkable’ that he ‘didn’t hear or know’ that Mrksic had ordered the withdrawal of the military police.

At the end of the hearing, Sljivancanin addressed the Appeals Chamber, saying once again, ‘I feel sorry for the victims, I came here to tell the truth and I am concerned by the fact that men of rectitude are being attacked’. As Sljivancanin said, ‘Panic was never well-disposed towards me’ and ‘Mrksic didn’t tell me anything’.

The prosecution and the defense are to submit written briefs in support of the arguments they presented at the hearing today. The Appeals Chamber will then decide whether to review Veselin Sljivancanin’s judgment.