NEW FACTS IN THE SLJIVANCANIN CASE?

The Appeals Chamber heard the evidence of Miodrag Panic, chief of staff in the JNA Guards Brigade to see if the information Panic had was a ‘new fact’. If the Chamber decides it is, Veselin Sljivancanin’s final judgment may be reviewed 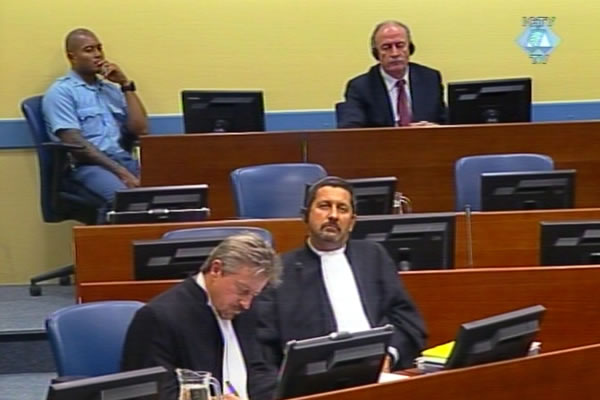 Veselin Sljivancanin in the courtroom
The Appeals Chamber has before it Veselin Sljivancanin’s application for review of the final judgment which convicted him of aiding and abetting the murder of about 200 prisoners of war at the Ovcara farm on 20 November 1991. Sljivancanin, former chief of security in the Guards brigade and in the former JNA Operational Group South, was sentenced to 17 years in prison.

[IMAGE]4786[/IMAGE]Panic’s testimony pertains only to the conclusion in the Appeals Chamber judgment that the Guards Brigade commander Mrksic informed Sljivancanin in the evening of 20 November 1991 that he had withdrawn the military police from the Ovcara farm. This left the prisoners of war at the mercy of the local territorial defense. Sljivancanin was consequently found guilty of aiding and abetting murder and his sentence was increased from 5 to 17 years. The Appeals Chamber in its judgment confirmed Mrksic’s sentence of 20 years.

Panic contends that he was present when the controversial conversation took place. According to Panic, he never heard Mrksic either issue the order to withdraw the military police or relay it to Sljivancanin. ‘I would have remembered for the rest of my life’ hearing about the withdrawal, Panic said.

Prosecutor Paul Rogers ironically noted that ‘memory gets better as time goes by’ because the witness today talked in much greater detail about the controversial conversation than in 2006, when Panic was called by Sljivancanin’s defense to give evidence for the first time. Panic answered this and similar questions by saying ‘nobody ever asked me what Mrksic and Sljivancanin were talking about’ before the Appeals Chamber handed down its final judgment. The judgment prompted Panic to get in touch with the defense. The prosecutor implied that the witness didn’t want to admit that he had heard Mrksic issue order for the military police to withdraw. That, the prosecutor suggested, would ‘implicate’ Panic in the crime at the Ovcara farm. Panic replied that he wouldn’t have contacted Sljivancanin’s defense if he ‘feared being held responsible’.

In the final part of the hearing, the parties addressed the issue whether Panic’s evidence was a new fact. The defense argued that it was a new fact, noting that the issue of Sljivancanin knowing about the withdrawal of the military police became important only as the appellate proceedings neared the end. The prosecution maintains that the evidence is not a new but ‘additional fact’. In prosecution’s view, Sljivancanin personally testified about the conversation; he said that on 20 November 1991 about 8 pm he asked Mrksic to give him further tasks. The prosecutor concluded that Panic was ‘trying to play down his knowledge and distance himself’ to ‘protect himself’ from prosecution. This is why, in the prosecution’s view, Panic’s evidence is not credible and should be rejected together with the application for review. The judges will rule on the defense’s application ‘soon’.