In his cross-examination of Sulejman Tihic, president of the BH SDA (Party of Democratic Action), Vojislav Seselj has focused on the founder of the SDA and the first president of the independent Bosnia-Herzegovina, so much so that he addressed the witness at one point as 'Mr. Izetbegovic' 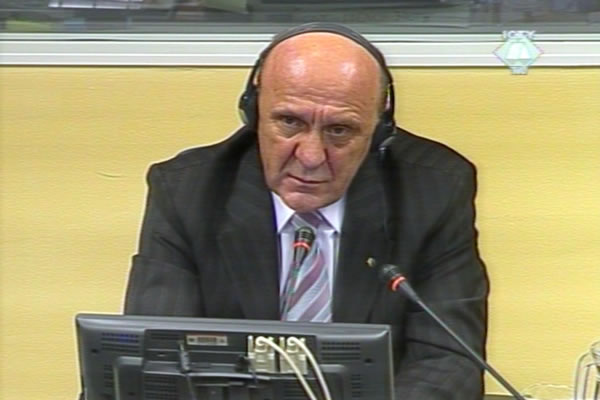 Depicting Tihic as Alija Izetbegovic's 'heir and successor', Seselj quoted at length from the Islamic Declaration asking the witness to comment on 'the ideology of his predecessor and spiritual father'. In his replies, Tihic rejected all Seselj's claims that Izetbegovic was 'an Islamic fundamentalist' and a 'pan-Islamic hardliner', saying that Izetbegovic was a 'man of tolerance and compromise'. The witness denied Seselj's claim that Bosnian Muslims saw the war in BH from 1992 to 1995 as 'jihad'. As Tihic put it, the Bosnian Muslims fought 'to defend Bosnia and Herzegovina, not Islam'. Tihic noted that Seselj gave too much importance to the Islamic Declaration, written twenty years before the war. Lengthy quotes from that book, the witness said, looked as if the accused was 'trying to justify something'.

As Tihic's cross-examination drew to a close, Seselj asked a number of questions about the 'arming of the Muslims' in Bosanski Samac and 'SDA preparations for the war'. Tihic did not agree with the accused that there was 'an armed rebellion of the Muslims' in April 1992 and 'a lawful attack of the JNA against the town'. There was nothing lawful about the occupation of the municipality and the police station and the elimination of all non-Serb local officials, Tihic said, concluding that 'the JNA couldn't change the government'.

As the cross-examination neared its end, Seselj once again tried to get the witness to confirm that General Aleksandar Vasiljevic, military security service chief, was 'the most responsible' for Tihic's ordeal in military camps in 1992. It is obviously very important for Seselj to discredit Vasiljevic as much as possible before the court as he might be a key prosecution witness against the Serbian Radical leader. Vasiljevic may already have given his evidence in closed session.