Representatives of states that founded the International Criminal Court met at their third annual session in The Hague. Calling on the founders to provide financial support to the Court, the Chairman of the Assembly noted that the consequences of the non-existence of the court would be much more expensive than its existence. 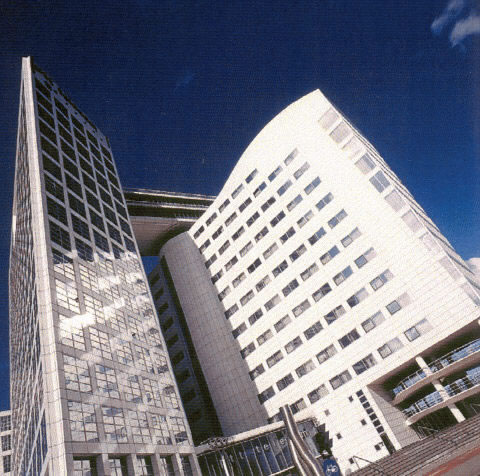 ICC headquarter in Den Haag
The Assembly of the states that founded the International Criminal Court (ICC) was opened today in The Hague. Eighty of the 94 states that have ratified the Rome Statute participated at the session, held for the first time in the Dutch capital, where the Court, that was established in 2002, has its seat (the first two sessions were held in New York).

Welcoming the participants, the Dutch Foreign Minister Bernard Bot expressed his regret that "USA does not support the ICC and its activities in the fight against impunity." As the President of the Court Phillip Kirsch noted, the principle of universality, or of global jurisdiction of the ICC, is the key element in this struggle. He called upon the states to ratify as soon as possible the treaty which will make possible for the Court to work smoothly.

During the five-day session of the Assembly, the delegates with elect the second Deputy Prosecutor of the ICC, who will be in charge of future investigations.

Chief Prosecutor Luis Moreno Ocampo notified the Assembly that his office had already launched two investigations – in Congo and Uganda, and added that, if there are no delays in the arrest of the accused, the first trial could start as early as the first half of 2005. Another investigation may be expected to begin in mid-2005, but only "if the necessary funds are secured," as Ocampo said.

The Chairman of the Assembly, Jordanian Prince Zeid Rad Zeid al-Husein called upon the states parties to provide financial support to the Court, adding that the consequences of "the non-existence of the Court" would be much more expensive.