The Trial chamber did not accept the defense argument that the accused acted under duress when he took part in the murder of more than 200 men at Koricanske stijene in August 1992. 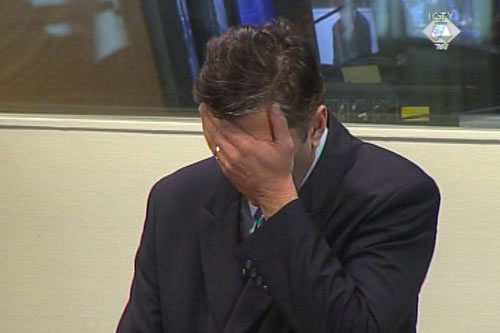 Darko Mrdja in the courtroom
Darko Mrdja, former member of the intervention squad of the Prijedor police was sentenced today to 17 years in prison for his participation in the massacre that took place on 21 August 1992 at Koricanske stijene on the Vlasic mountain in Central Bosnia. The prosecution recommendation was that he be given a sentence of between 15 and 20 years in prison.

Last July, five days before the start of his trial, Mrdja made a plea agreement with the prosecution, pleading guilty to the participation in separating over 200 men of military age from a convoy of civilians moving towards Travnik. The men were then taken to a place called Koricanske stijene in two buses. There they were shot and their bodies were thrown into a deep ravine. One of the twelve survivors, Midhad Mujkanovic, testified at Darko Mrdja's sentencing hearing last October.

In the summary of the judgement, the Trial Chamber notes that it did not accept the defense argument that Mrdja had acted under duress and that he had not had any choice but to participate in the massacre of more than 200 men. The argument that he had to adhere to superior orders was rejected too, since the order – as is noted in the judgment – was “so manifestly unlawful that he must have been well aware that they violated the most elementary laws of war and the basic dictates of humanity.”

The judges accepted as mitigating factors Mrdja's guilty plea, sincere expression of remorse and substantial cooperation with the judges, whereby, in the view of the judges, he has helped to establish the truth and to achieve reconciliation. Furthermore, this has obviated the expense of a lengthy trial and saved the survivors and the victims' families from having to testify about traumatic events. Among the aggravating circumstances, the judges noted the vulnerability of the victims and the grave impact of the crime on the victims and their families, and Mrdja's “position of authority as a policeman.”

This is the sixteenth sentencing judgment delivered to an accused who has pleaded guilty. They have been given a total of 221 years in prison – the individual sentences from 3 to 40 years – and the average sentence imposed on a "penitent" is 13 years and 10 months. Of the accused who have pleaded guilty, only Milan Babic, the former president of the former Republic of Serbian Krajina, is still awaiting his sentence. The prosecution and the defense in his case have jointly asked a prison sentence of 11 years. 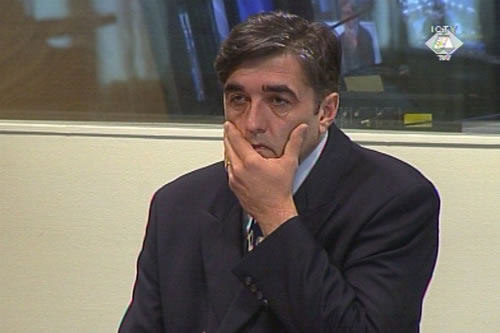