The prosecution's opening statement continued this afternoon at the retrial of Jovica Stanisic and Franko Simatovic. As the prosecutor told the court, after achieving the goals of the joint criminal enterprise in Croatia, the focus of the participants shifted to Bosnia. The goal was to achieve 'ethnic homogeneity' and to link up the 'Serb territories' in Croatia and Bosnia with Serbia 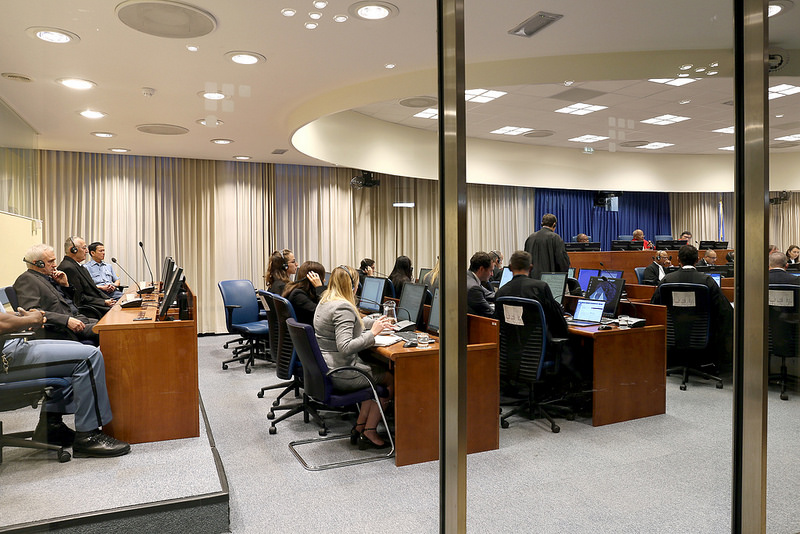 Before giving the floor to his colleague Weber, lead prosecutor Douglas Stringer went through a catalog of crimes committed by the JNA, Martic's militia, the local TO, the 'Unit' run by the Serbian State Security, Arkan's Vounteer Guard and other paramilitary formations set up, trained and funded by the accused Jovica Stanisic and Franko Simatovic.

Stringer's catalog of crimes starts with the JNA attack on Kijevo in August1991. There follow the attacks on Beli Manastir, Kostajnica, Dubica, Skabrnja, Nadin, Saborsko, and finally Vukovar and Bruska. As a result of a campaign of brutal abuse, murders, torture, forced labor, rape and other crimes, by April 1995 97,000 Croats and other non-Serbs left the SAO Krajina, and at least 78,800 of them fled from Slavonia, Baranja and Western Srem. As Stringer concluded, this was the result of a premeditated effort to change the ethnic composition of those parts of Croatia. The two accused and the forced they organized, armed and directed played a key part in the effort.

After achieving the goal of the joint criminal enterprise is Croatia, the focus of the participants, including Stanisic and Simatovic, shifted to Bosnia. The goal here was to establish control over two thirds of the BH territory in order to achieve 'ethnic homogeneity' by linking up the 'Serb territories' in Croatia and BH with Serbia.

According to prosecutor Adam Weber, the pattern of ethnic cleansing that had been perfected in Croatia was seen again in Bosnia. The events there started with the attack of Arkan's Serbian Volunteer Guard on Bijeljina and Zvornik in April 1992. The ethnic cleansing proceeded in three stages. In the first one, from April to November 1992, large parts of BH were ethnically cleansed of non-Serbs in a series of violent operations. The prosecutor highlighted several locations where the 'Unit', run by the Serbian State Security Service, were involved in the operations: Brcko, Bosanski Samac, Crkvina, Doboj and others. After most of the territorial gains were achieved, from November 1992 on the attention focused on the campaign to cleanse the Drina river valley, where the Serbian State Security Service units joined the Republika Srpska Army. The third stage, from April 1993 on, mostly focused on bolstering theterritorial gains and conquering more land in Eastern Bosnia and around Bihac.

All those stages were characterized by brutal violence, murders, unlawful detention, abuse, torture, looting and other crimes; the prosecution will focus on those in greater detail tomorrow.

At the end of the hearing today, Jovica Stanisic's defense proposed a different procedure for the trial. Instead of the current schedule, where the court is in session from 11,30 to 13,00, and then from 15,00 to 16,00 following a two-hour break, the defense would like the court to sit from 9,30 to 11,00, then take a shorter break of just one hour, followed by a second session from 12,00 to 13,30, because Stanisic would thus have the whole afternoon to rest and prepare for the next day in court. The Trial Chamber will rule on the request tomorrow.