The prosecution opposed Vojislav Seselj’s demand for his acquittal at the half-time of the trial. According to the prosecution, it has called enough evidence to show that Seselj contributed to the implementation of the goals of the joint criminal enterprise by promoting the idea of a Greater Serbia, sending his volunteers to the front, and directly participating in the persecution, deportation and inhumane treatment through hate speech 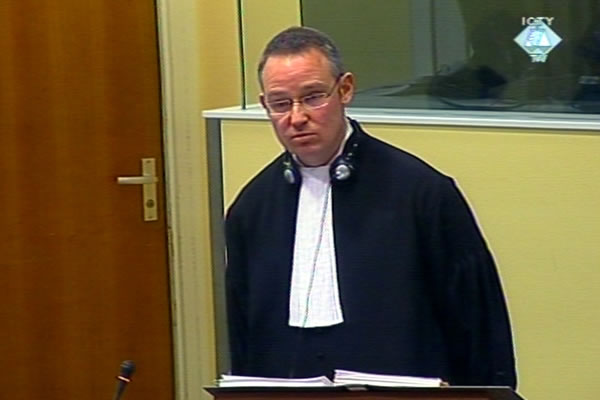 In his response to Vojislav Seselj’s demand yesterday to be acquitted at the ‘half-time’ of the trial, prosecutor Marcussen said that there was sufficient evidence to prove the responsibility of the Serbian Radicals’ leader for the crimes alleged in the indictment. Under Rule 98 bis, the judges can decide to acquit an accused if they find that the evidence the prosecution called during its case, even if seen in the most favorable light, could not lead to a conviction.

As Seselj argued, there was no proof that the Serbian Radical Party volunteers committed any crimes. The prosecutor today said that the prosecution had called evidence about the involvement of ‘Seselj’s men’ in crimes at various locations: Vukovar, Zvornik and the Sarajevo area. As the prosecutor stressed, Seselj could be convicted if it were proved that he belonged to the group involved in the joint criminal enterprise aimed at ethnically cleansing large swathes of Croatia, BH and the village of Hrtkovci in Vojvodina, regardless of whether the judges would accept the evidence about the crimes committed by ‘Seselj’s men’.

Noting there is a wider context to the joint criminal enterprise, the prosecutor said that many Serb military and police units from Krajina and Bosnia took part in it with a strong support of the JNA, the Serbian MUP and of the volunteer formations such as ‘Seselj’s men’ and ‘Arkan’s men’. The accused and other participants of the enterprise, the prosecution alleges, ‘set their own mutual animosity aside’ and heeded the call to unity of the Serbian president Milosevic. They joined forces to implement the goal of creating a Greater Serbia. Seselj’s claim yesterday that he was not on good terms with some of the participants in the joint criminal enterprise, such as Arkan or Biljana Plavsic, and thus could not be an accomplice in the crimes contradicted this allegation.

As the hearing proceeded, prosecutor Biersay addressed the Trial Chamber. According to her, the evidence called at the trial so far indicated that the accused contributed to the joint criminal enterprise in three ways: by promoting the idea of a Greater Serbia, by organizing the volunteers to support the implementation of the idea, and by participating directly – with his hate speech – in the persecution, deportation and inhumane treatment.

According to the prosecution, Seselj expounded ‘the alluring idea of an extended Serbia’ and relied on Chetnik ideology to advocate its implementation by force. As the prosecutor noted, not only did the accused send volunteer units, seconding them to the JNA command in the field, but he visited them on the front ‘like a true general’. The accused thus ‘strengthened his moral and doctrinal hold over them’. The accused also ‘wielded words as dangerous weapons’; as Biersay noted, the accused himself admitted that on one occasion, when he said that words were ‘mighty weapons that sometimes hit harder than a howitzer’.

The prosecutor will complete her argument tomorrow. After that the accused has the right to respond. 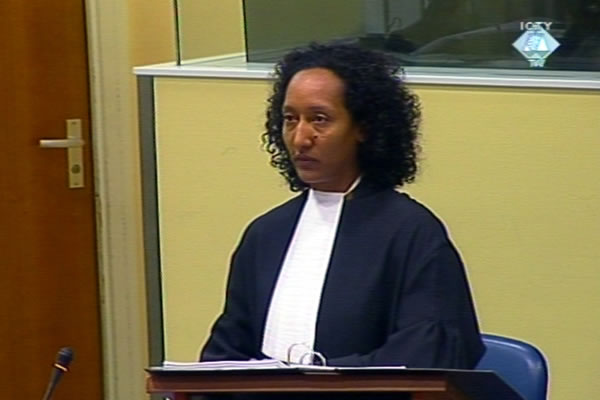